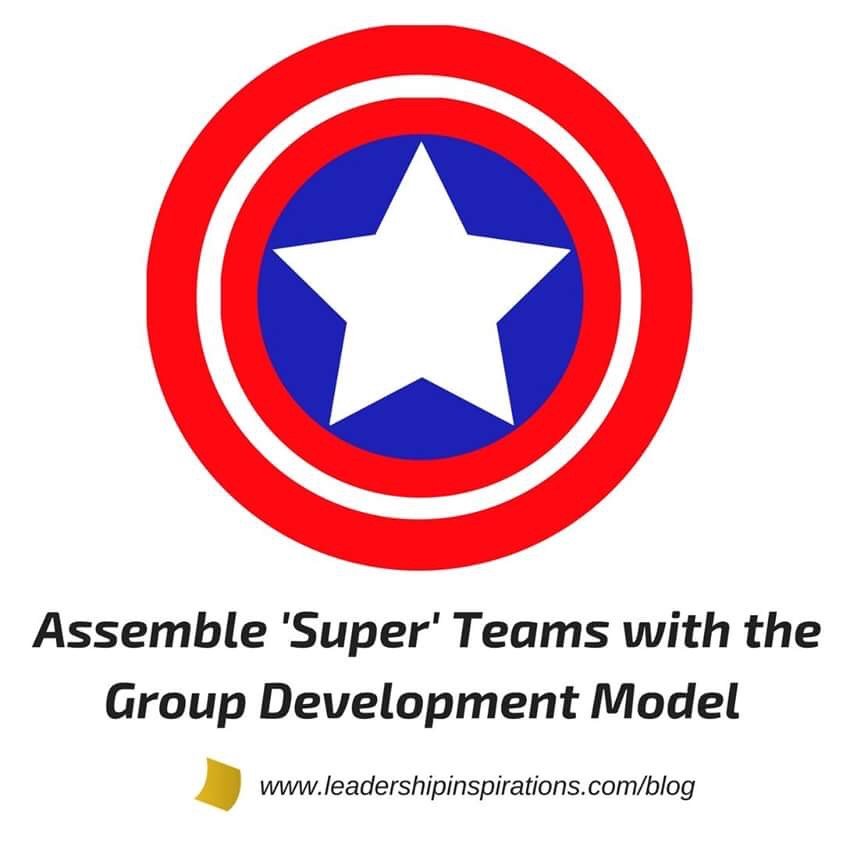 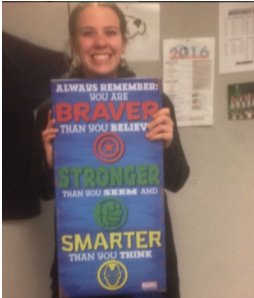 I did not grow up with comic books. In fact, I probably would have never seen a single superhero movie if my friend didn’t work at Marvel and force me to watch every single Marvel movie the week before the first Avengers premiered in theaters. Five years later, my office is proudly plastered with Avenger memorabilia. These posters, calendars, and pieces of art are daily reminders of my favorite Avenger life lesson: building teams requires time, dedication, and intentionality.

The Avengers are a group of mismatched superheroes who come together to save the world from an alien invasion. Each of the six Avengers comes with baggage: One was frozen for 60 years; one was a Russian assassin; one literally turns into a green monster whenever he becomes angry. Each backstory is equally colored with complexity but they must work through their differences in order to defeat Loki (bad guy) and the Chitauri army (lizard aliens from another universe).

As a self-proclaimed leadership nerd, few things in life amp me up as much as teamwork, and these superheroes beautifully illustrate my favorite team building framework: Tuckman’s Stages of Group Development (Tuckman, 1970). Tuckman outlines five stages every group goes through during their time together: forming, storming, norming, performing, and adjourning. This dynamic cyclical framework fits every team, no matter the size or length of time the team is together. We will check out this model in action in Marvel’s The Avengers (2012): 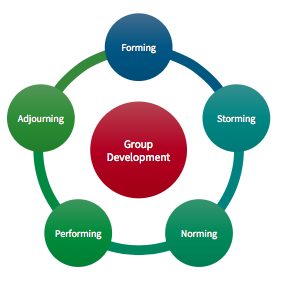 Description: Members meet, remaining formal because trust amongst members has not been established. The roles and responsibilities of each member are unclear.

Avengers Example: Director Fury and Agent Coulson spent years discovering and recruiting the best superhumans in order to create an elite task force to protect Earth called the Avenger Initiative. Before ‘The Avengers’, many of these heroes were the stars of their own films (Tony Stark, Steve Rogers, Bruce Banner and Thor). While they have all been called together for the same purpose: to retrieve the Tesseract, a source of unlimited energy, from Loki (Thor’s evil brother), they arrive on S.H.I.E.L.D’s Helicarrier with different motives and motivations.  As the group tackles their task they interact with caution, not fully trusting each other, their mission, or their leadership. 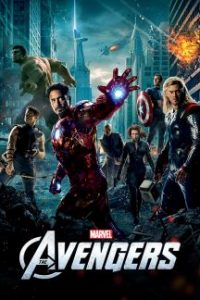 Description:  In this stage, members view each other as separate entities and common goals are not identified. Conflict arises as members work to determine group leaders and establish trust.

Avengers Example: Tensions rise when The Avengers discover that S.H.I.E.L.D has plans to use the newly recovered Tesseract to create weapons of mass destruction. The purpose of their entire mission is called into question and they argue over the ethics of their assembly, “What are we a team? No, we’re a chemical mixture that makes chaos. We’re a time bomb,” Bruce Banner asserts. This conflict further divides the group and they eventually dissolve into personal attacks including this zinger, “You’re a laboratory experiment Rogers, everything special about you came out of a bottle”.

Description: Members recognize they can accomplish more if they work together.  Each member’s viewpoint is seen as valuable. A game plan is developed, roles are defined, and everyone commits to a common goal.

Avengers Example: The Avengers are united after the unexpected and tragic death of a friend at the hands of their common enemy. They are motivated to work as a team to overcome new challenges: Loki and the Chitauri have invaded New York City with plans for world domination. All members of the Avengers are equally committed to a common goal: defeating Loki and saving the city. With the fate of the free world in their hands, they rally behind Captain America and follow his lead into battle.

Description:  The team capitalizes on each member’s strengths to make progress toward a common goal. A hierarchy of power is of little importance because trust and support flows freely from member to member.

Avengers Example:  Even though they are insanely outnumbered, the Avengers strategy and synergy help them to make progress toward defeating the Chitauri. The heroes’ powers and skills complement each other and they become a united force to be reckoned with. This teamwork paves the way for 60 seconds of pure cinematic genius. They are focused, committed, and begin to see results. 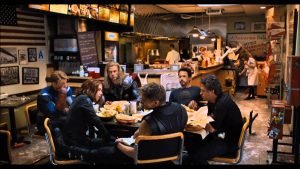 Avengers Example: The Avengers successfully defeat the Chitauri in a dramatic and heart-stopping finale. Together, they celebrate their success with shawarma. As the world thanks and criticizes them, they finish their mission by making sure that Loki is punished for his crimes and the Tesseract destroyed. Director Fury is confident that the Avengers will return if they are needed – of course they are: Avengers: Age of Ultron (2015) – and so until then, they go their separate ways.

Tuckman’s Stages of Group Development are a powerful teambuilding tool, enabling leaders to analyze the dynamic of a group. By asking, ‘What stage is our group in and what do we need in order to perform?’, a leader can make an informed course of action that helps their team work better together. This framework also helps leaders reframe conflict as neither good nor bad, but as a normal part of every group’s development into a high performing team. This realization can reduce stress and anxiety for both the leader and the team members as they work through challenges. Most importantly, Tuckman’s Stages reminds leaders that teamwork is a slow process that requires attention and effort. Tuckman’s model isn’t linear and every group will experience each stage differently. Some superheroes are born overnight. Earth-saving teams, however; take more work and time.

Read more about Tuckman’s Model, identify the stage that your group is in, and then choose an activity for your group that will help them develop skills as a team in that stage. 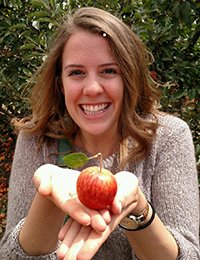 Kristen Vega is the Coordinator of Greek Life and Community Engagement at California State University, Monterey Bay. When she isn’t developing student leaders, she can be found hiking in Big Sur, reading non-fiction in a local coffee shop, teaching tap classes, or pretending she is a contestant on Chopped.