Happy to Have “Failed”

As a society, we love success stories. And understandably, those stories have a warm-and-fuzzy-feel-good-thing going for them that motivate us and give us hope. The best success stories are rife with trials and tribulations, challenges that are overcome in the pursuit of a greater vision or dream. Failure then should be considered an integral part of our ability to actually be successful. But, those stories are often understated or not given enough credit. And because we don’t talk enough about failure, that word – failure – leaves a yucky taste in the mouths of most. Failing in anything has become something to be feared, something that brands you, it makes you less somehow. This phobia of failure is dangerous because it affects our willingness as individuals to try, to take risks, and to dream big. And when that happens we can miss out on so many incredible opportunities.

Thomas Edison famously said in his pursuit to invent the lightbulb, “I have not failed. I’ve just found 10,000 ways that won’t work.” The truth is we’re all learning how to fail. It is a lifelong process that is difficult and disappointing and sometimes painful, but if we can change our perspective and see failure as a necessary and positive step on our road to success then we can better learn from our experiences and bounce back. This week we’re sharing inspiring ‘failure stories’ in the hope that we can help others to embrace and share their own!

We start with the woman we will always know as Phoebe Buffay, Lisa Kudrow tells how she was cast as the beloved character on Friends. Kudrow’s moving story was told at a college graduation, a crucial time of transition for students marked by uncertainty and excitement. Inspired by her experience and the lessons that she learned along the way, the vignettes you will read are written by students who experienced their own struggles and managed to turn them into opportunities that have changed their lives.

You Win Some, You Learn Some

At what point in our lives did we decide that setbacks are failures? And when did we decide that failing is such a bad thing? These questions have been puzzling my mind for months. Failure has been one of my biggest fears. Ironically, there have been many times in my life where I have failed or fallen short: I didn’t get the internship, didn’t get accepted into the top college, didn’t make the sports team, or I let someone down. And while failing can hurt, it can also be enlightening. And as I look back at each time I failed or lost, I’ve realized their true value and importance in my life. Just as Lisa Kudrow so eloquently summarized, “There is a reason for everything.”

Sometimes you need to fail in order for another opportunity to present itself. While this is something that I have believed for a long time, it wasn’t until this past summer that this lesson became especially apparent in my life. By the end of my junior year of college, I was frantically applying to different companies trying to snag an internship. I probably sent my resume out to over 20 potential employers. And guess what? Not a single one responded. That’s right, I had spent countless hours researching opportunities and sending out what I had to offer and I heard nothing in return. I felt rejected and like a complete failure. But after a few weeks of disappointment, one of my professors approached me about applying for a position in her organization. I figured I might as well apply, it sounded interesting and I had nothing to lose. And guess what? I got the job!

Sometimes you win, and that’s great, but sometimes you learn and in many ways that can be even more beneficial. If I had taken an internship with any other company, I would have never discovered my passion and for helping others reach their full potential. If I had “won” or “succeeded” the first time around, I would have never met the most empowering and fulfilling team I’ve ever worked with. Because of my “failure” or “loss”, I had a more empowering and productive summer than any of those internships could have ever offered me, and that’s the real ‘win’.

I am currently a senior in college, and while pursuing higher education was always something I wanted, it’s certainly been a journey getting to where I am today especially since nothing I had planned on doing actually happened. 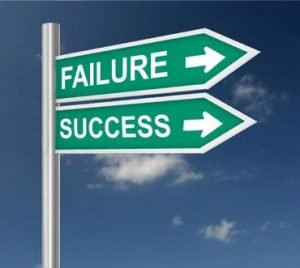 In my first few semesters, I wasn’t doing well in my major courses and didn’t think I was good enough for my program of study. Everyone around me seemed to know what they wanted to do for the rest of their lives, but I didn’t anymore. I was lost, without direction, and lacked motivation.

I was enrolled in Leadership Studies classes. They were meaningful courses where I got to learn about myself, working with others, and creating diverse communities. One class in particular that changed my whole outlook on higher education – it was a lesson about happiness.

This professor focused on how important it was to do what you love. It was so simple and cliché, something that probably everyone has heard before, but for some reason that was first time I was actually moved by that concept. I filled out a form to change my major that same day and I never looked back.

It was hard to act on a whim, but it turned out that going with my gut was a great decision. It was empowering to do something that I was afraid of, and a relief to know that it was okay to fail. To have that weight off my shoulders gave me the freedom to do the things that made me happy. 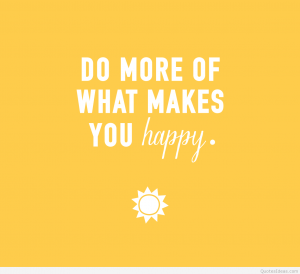 Though I was rejected a handful of times, I have realized you are the captain of your own boat and your own life. You get to steer it in whatever direction you want it to go. Letting yourself down or not getting the result you wanted is just life teaching you a lesson. Failures should not define you, but rather, build you up.

In the end, I’ve learned to be happy with what I’m doing and to push my own boundaries. I host my own radio show. I went to New Orleans for a service trip even though I was sure I didn’t like traveling. I ran for a seat in Student Government and won. I went to the beach more often and took two spontaneous road trips. I even tried real ramen for the first time. No matter what it was, things turned out okay. I learned life is like a labyrinth — it’s filled with twists and turns and there will always be dead ends, but those walls are what make finally succeeding so rewarding. A labyrinth is a journey that takes trust, time and the ability to improvise and adapt.

So get yourself out there and try new things. You’ll never know whether or not you have a passion for something for unless you go do it! 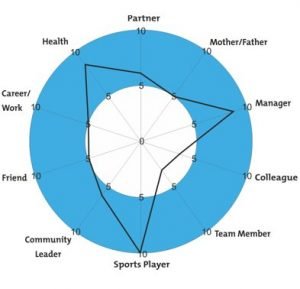 Create your own “Wheel of Life“. 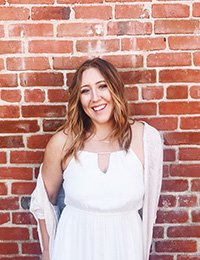 Eryn is from Sacramento, California and is currently a senior at Chapman University. She is pursuing her degree in Public Relations and Advertising with a minor in Leadership studies. When she’s not at school you can find her surrounded by friends, usually laughing. 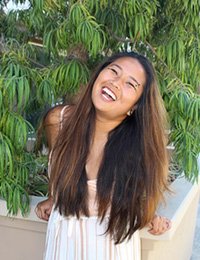 Juliane is an aspiring Athletic Trainer at Chapman University who studies physiological systems and sports medicine for fun. Some of her involvements on campus include hosting a radio show at 1am on Wednesday nights and being a Fenestra Community Advisor for first year students. When she isn’t busy organizing her Google Calendar or hitting the books, you can find her at Philz Coffee, trying to learn how to surf, or crowd surfing at a concert.