Kindness – a message we were all probably ‘taught’ in Kindergarten, has made waves this past week.

News outlets and social media have gone crazy over a seemingly unlikely friendship. A little over a week ago, at Sunday’s football game between the Dallas Cowboys and the Green Bay Packers Football game, daytime talk show host, Ellen DeGeneres, and Former President 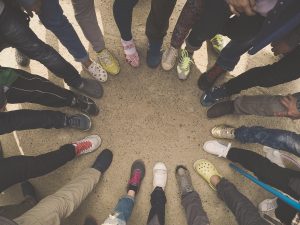 George W. Bush were spotted together in an executive suite. Not only were the two seated right next to each other, but they were laughing. Many were in shock by what they saw.

As the two are known to have very opposing viewpoints, viewers began to take social media by storm. Nearly two decades ago, Ellen DeGeneres put her career on the line and came out as gay to the world, becoming an icon in the LGBT community. George W. Bush, on the other hand, is known for varying conservative values and had previously endorsed a constitutional amendment against same-sex marriage. Yet, the two were still found being civil next to one another.

Ellen publicly responded to the confusion and criticism. She posted a video in response to the Tweets on Monday. Check-out the clip, which received over 155-thousand views in just two days.

Her message: be kind to everyone. While this should seem like common sense, in today’s society, it is rare to come by. Two people with opposing views sitting next to each other, being civil, and even friends, drew so much attention. In this incredibly polarized-political climate, Ellen’s message serves as an important reminder.

And while this message seems like something we could all agree on, this message prompted even more backlash for some. She was criticized for overlooking the former president’s actions and trading sides.

While kindness can be particularly difficult in the face of disappointment, frustration, and injustice, it is still possible. This does not mean that we have to forgive or forget other people’s actions or behaviors, but as Ellen reminds us, kindness is a choice. We can always choose how we respond to people. Even if we share radically different views, we can still treat each other as human beings.

Chances are, we all have a family member, a colleague, or an acquaintance that we do not see eye to eye with. And this is healthy; 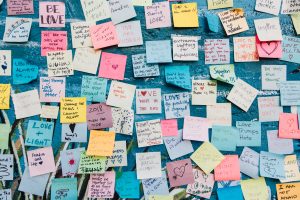 disagreement is important. However, as humans, we consciously and subconsciously put up barriers, making kindness a challenge. So, the next time you find yourself passing judgment, practice these steps:

Caroline has been with Leadership Inspirations for two years. She is currently pursuing a Masters in Leadership Development and holds B.A.’s in Psychology and Integrated Educational Studies.

Fun Facts: 1) I’m from Seattle 2) I LOVE Golden Retrievers 3) I have lived on a ship for four months