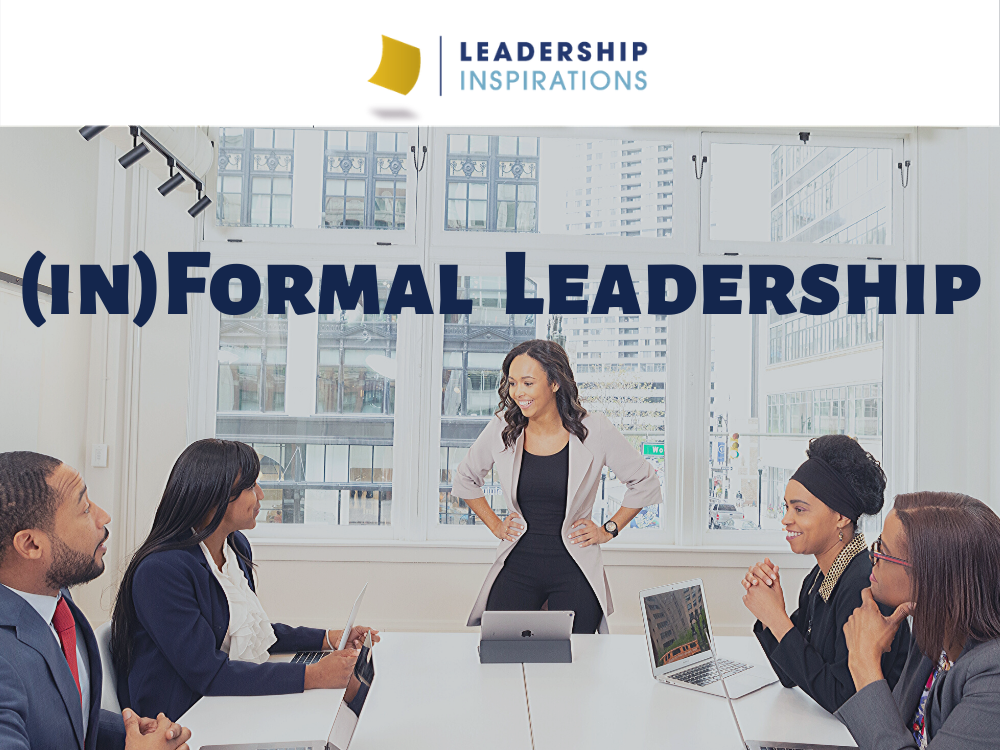 Within the workplace, there are often two types of leadership on display, formal and informal leadership. Depending on your role and position, you may find that you operate in one of the leadership styles more often than the other. Additionally, just because you tend to utilize one more than the other, does not mean that you cannot operate in both.

Formal Leadership comes from structure, authority, and power and usually comes in the form of orders or commands. Formal leadership is 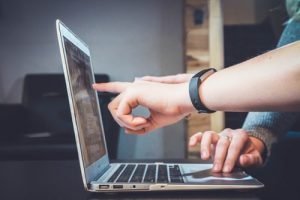 effective for managing others and achieving results.

A formal leader derives their strength from having official authority within an organizational structure. This authority provides them with power that they use to accomplish goals on behalf of the organization. They usually issue commands or mandates to subordinates. Typically, a formal leader is the public-facing element of an organization. They provide a level of vision and direction, including detailed actions and the grander vision, for those who work with them.

Informal Leadership comes from relationships, influence, and connections and usually comes in the form of favors. Informal leadership is valuable at building coalitions and enhancing collaborative efforts.

An informal leader may not, or may, have official authority in the organization. They often create influence by connecting with others and building relationships. Typically, informal leaders are the ones in your organization that you would go to with questions or concerns because of their vast knowledge and accomplished experience. These leaders aren’t always public with their contributions either, but their impact translates throughout the entire organization. 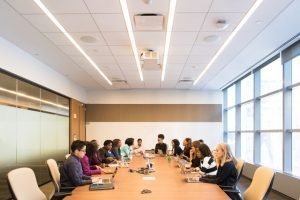 In our various roles, we all function as informal and formal leaders in some capacity or another. The status in your organization may affect this as well. For example, if you have recently been hired into an organization, and have no subordinates, you might utilize informal leadership to create influence and build relationships with others. On the other hand, if you manage a department of people, you might function as more of a formal leader simply given your authority and the need for you to provide direction to your team. Ultimately, staying in tune with the needs of your organization can help you successfully transition between formal and informal leadership practices.

Take some time to reflect on your development as an informal and formal leader. Get a piece of paper and draw a line done the middle. On one side, write “Formal Leader” and on the other side, write “Informal Leader.” Put your name in the middle. Follow the question promptsbelow.

On the formal side, answer the following:

On the informal side, answer: 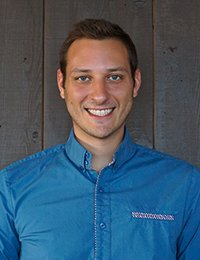 Joe Pazmany is currently the Chief Executive Officer of Innovade Inc, a company focused on websites, branding, and digital marketing. Within this role he manages an exceptional team who have developed websites, built brands, designed graphics, and implemented comprehensive marketing strategies who helped over 150 businesses in the last few years of operation. He has been with Leadership Inspirations for over 12 years working with students and professionals alike to provide facilitation training and development. Joe is also completing his Doctorate (Ed.D.) in Organizational Leadership having recently completed research on how uncertainty impacts mergers and acquisitions. Additionally, he is an advisor and associate with Alchemy Associates and he teaches as a part time professor at Chapman University in the Leadership Studies program.

Fun Facts: 1) Currently am the CEO of Innovade, a digital technology firm where I get to build new mobile app products as well as virtual reality platforms every day for work, 2) I enjoy fixing, restoring, and improving classic muscle cars and 3) Whenever I can learn a new skill or try a new activity, I jump at the chance.