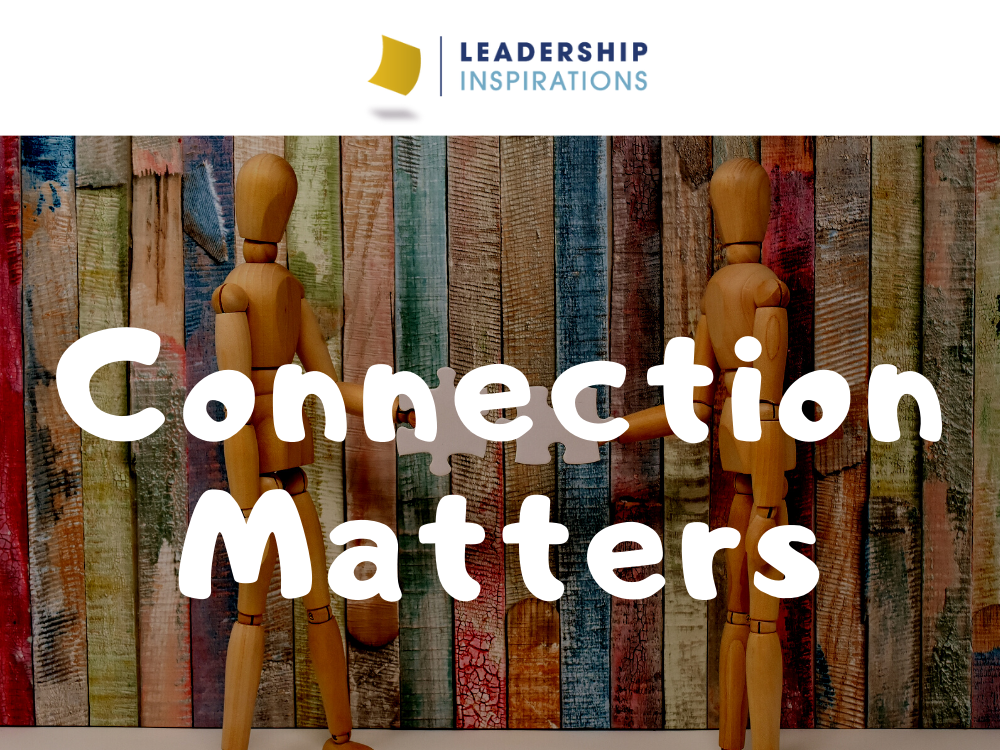 Last week we released a blog detailing the demographics of the participants from our last Summer Leadership Academy. This week we are focusing on some of the specific findings we discovered from our pre and post questionnaires! Specifically perceived feelings of group connectedness.

One of the primary principles that the field of Psychology operates on comes from Aristotle’s famous words: “Man is by nature a social animal… Anyone who either cannot lead the common life or is so self-sufficient as not to need to, and therefore does not partake of society, is either a beast or a god.” Over the years this turned into the principle that humans are social animals with a basic need to belong. The feelings of belonging and connection are so important that when there is a lack of it, it can lead to mental, emotional and even physical health problems (Jose et al., 2012). One study done by the Center for Disease Control and Prevention (CDC) on students found that students who feel connected to their school are most likely to have better academic achievements ( including higher grades and test scores), better school attendance, and stay in school longer. So whose shoulders does school connectedness fall on? Many would argue that the school culture and climate is established, maintained and encouraged by Associated Student Body (ASB) or Student Council programs. The role of the ASB, in essence, is to facilitate the connection between the pupils and their school and to create a platform from which the student’s voice can be heard.

So now that we have a starting point for where school connectedness can stem from, it is important to ensure that ASB groups have a solid foundation themselves, and are operating in a space they feel comfortable in. This is one of our major goals for all groups when designing programs, but especially when creating programs for ASB students. At the beginning of the summer, we asked both students and advisors to comment on their perceived feelings of group connectedness. Students reported on how connected they felt to the group and advisors commented on their perception of the group’s connectedness.

The same process was repeated to find the ratings before and after from the advisors perspective. Before Leadership Academy, the advisor’s average rating of their group’s level of connection to each other was 3.3. After, it was 5.9, meaning that they saw their group’s connection increase by 36% in the short time span together over the summer.

It is important at this point to also consider some of the demographics that were listed in last week’s blogs. Considering that students fill a wide spectrum of different ages, races, genders, extracurricular pressures and more, an increase in feelings of connectedness to the group is impressive. Furthermore, we should also take into consideration that this Leadership Academy was run %100 in an online format. Meaning that students, advisors and coaches never interacted face to face with each other. This finding opens up many doors to further research that looks at the effectiveness or benefits of online learning and how we can prepare educators to be successful in the new world that incorporates so much more online learning. 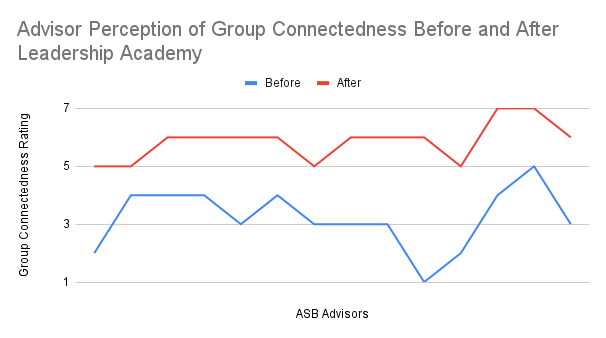