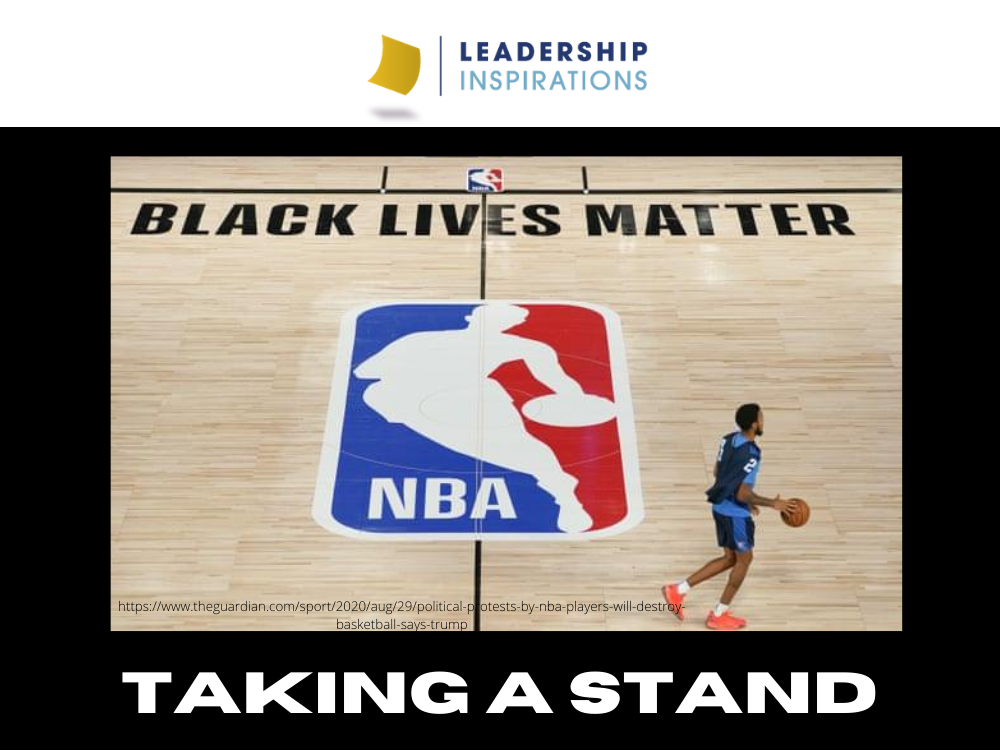 What does it take for you to stand up for something?  For yourself?  What lengths does it take to make a change?

Looking at the news this past week, there is so much to understand, learn, and digest. After witnessing the shooting of Jacob Blake, it is clear that we desperately need change, and we still have a long way to go. This is just one example of how racism continues to perpetuate space in our society and systems of power. It is an issue that is complex, deeply rooted, and ever-evolving. There

have been decades of effort calling for change, including sit-ins, the March on Washington, and Supreme Court Cases calling for the desegregation of schools. In the past year, we have seen numerous more examples of people taking a stand against racism to make meaningful change.

If you were following the rest of the news this week, you most likely saw athletes and teams take a strong stance. On Wednesday, August 26, the Milwaukee Bucks opted to sacrifice a playoff game minutes before the game began. Other teams across the league and the nation, including the WNBA, MLS, NHL, and MLB, followed suit with Osaka’s most recent incident walking out of the US Open.

As teams refused to play and stood in solidarity with one another, they utilized their platform to speak out against injustice and to encourage others to do the same. Professional sports are an integral part of communities and culture, and thus, hold immense power and influence. As Doc Rivers, the coach of the LA Clippers, told his team, “Your talent is your power.” Because of their visibility, teams have the ability to reach all kinds of people, from fans to leaders at local and federal levels. Through this motion, teams across the country urged people to stop and talk about the issues pressing our communities and challenged leaders to make a change.

While sports serve as one powerful platform, there are plenty of other ways we have seen others take a stance and make a difference. The 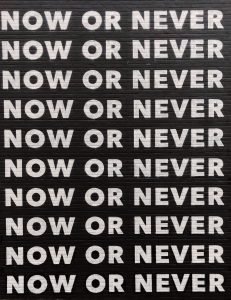 recent passing of Chadwick Boseman reminds us of the role actors have in both inspiring young leaders and advocating for social justice. As Boseman, who starred as Jackie Robinson in “42”, said: “I am proud to play Jackie Robinson…And I feel like those [racial] barriers will eventually come down. They will come down. And I’m glad that I’m continuing that tradition of expanding people’s barriers. I think that’s why you do the movie. You have to show the sickness or expose the sickness in order to get rid of it.”

While these platforms are influential because they have a high profile, it is also important to acknowledge how individuals can positively make a change. It could be as simple as picking up a new book, correcting a family member for inappropriate commentary, fact-checking resources, watching an educational documentary, or reflecting on unconscious biases. These things may seem small compared to the national coverage of celebrities and athletes, but they are no less important and powerful in creating a movement.

So, back to some of our original questions: What does it take for you to stand up for something?  For yourself? We will all have different levels of comfortability with these questions, and our answers will vary, but we must keep exploring them.

We must keep showing up, and while there is no simple or quick fix to solving the complexities and roots of societal issues like racism, this week’s news inspires us to use our platforms, to make a difference, and be catalysts for change. We must continually challenge ourselves to consider what we can do, and as Jackie Robinson famously said, “Life is not a spectator sport. If you’re going to spend your whole life in the grandstands just watching what goes on, in my opinion, you’re wasting your life.”

Just because our platform may not be loud enough to make national news doesn’t mean we do not have one. We each have the ability to create influence through our personal and professional connections, our social media, and our everyday interactions. To consider how to we want to exercise that ability, start by asking yourself the following questions: 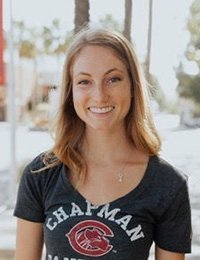 Caroline is going on her third year with Leadership Inspirations. She is currently pursuing a Masters in Leadership Development and holds B.A.’s in Psychology and Integrated Educational Studies.

Fun Facts: 1) I’m from Seattle 2) I LOVE Golden Retrievers 3) I have celebrated Holi in India